RUSH: Grab sound bite number one. Mark McKinnon. I'll tell you a little story about Mark. I had never met Mark McKinnon, and I don't think I ever have, actually, which is strange, given the story that I'm about to tell you. The Republican National Convention one year was held in New York. I forgot the year. Snerdley, you might remember 'cause the Democrat convention was there a bunch of times. The Republican convention was in New York. I think I still lived in New York when this happened, so this would be prior to 1997, I believe. It doesn't really matter when. I wish I could remember just to close the loop on the story.

But Peggy Noonan and I decided to have a dinner at Patsy's the night before the convention was to start, and it was an open invitation to anybody in the Republican leadership to show up. It was purely a social thing. It was not designed to be anything official. And it was well attended. A lot of people showed up. I was kind of surprised by how many who did. And one of them was Mark McKinnon. Now, at the time -- this would have been George W. Bush or thereabouts because McKinnon ran all of the media for George W. Bush. He purchased it all. He decided where it would be purchased. He decided what the ads were gonna be. He was the media maven for George W. Bush in both 2000 and 2004.

I just got a note. The dinner was 2004? Okay. Okay. So, see, I've lost my -- I thought it had to be before 1997. So I had moved out of New York and I went back there for this, is what happened. No, I've not seen Peggy Noonan since. At any rate, we had this big table set up at Patsy's. It was a square table. It took up much of the second floor, Patsy's on 56th between 8th and Broadway.

And so McKinnon walks in, and there's a guy, friend of mine, comes over and sits down and points out McKinnon. "Do you know who that is? That's the most important person in this room tonight."

"That is Mark McKinnon."

"He buys all the media for George W. Bush. He is in charge of Bush's media campaign. In other words, he holds the campaign in the palm of his hand." 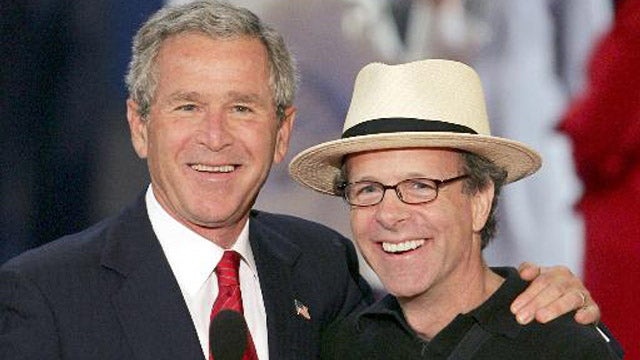 This is the convention for Bush's second term. And McKinnon is arguably one of the most important people in this room because he's in charge of running the media, running the advertising, coming up with the plans, coming up with the strategeries and all that. And he had the most wary eye. He was just studying. If you don't know who he is, he also stars on a Showtime series called The Circus, and he wears a cowboy hat. But he just studied everybody in that room that night. And I didn't see him talk to anybody. He was simply gathering information, running the George W. Bush media campaign.

And I'll never forget the person that came up to me and said the guy's the most important person in this room tonight, is Mark McKinnon. And I had never met him, and I'm not even sure I had heard of him. And I don't say this to be insulting. That's not the point. I don't insult people. I'm just being honest. I'm not a traditional political guy. I'm not a political activist. I don't learn who's running this or that aspect of a campaign, 'cause I have my own role to play in it, and I view what I do as important as anybody else in terms of disseminating information, being honest with people.

But McKinnon has his show on Showtime, The Circus. And it's about how the inside-the-Beltway crowd, it's how the swamp looks at Washington through the Trump years and beyond. When McKinnon worked for Bush, he couldn't get enough of talk radio. Talk radio was crucial. Bush believed in talk radio. The Bush family were amazingly accessible to me. They invited me to the White House on my birthday. I had a number of social event there where we discussed the events of the world out on the Truman Balcony. George W. Bush and his dad were just amazingly nice to me.

Isn't it amazing? Last week these people didn't even know who OAN was. They had an idea of what NewsMax was, but they weren't sure. Now all of a sudden these two organizations may as well be Satan. OAN and NewsMax. Oh, and the right wing talk radio, she said. We gotta something about that. And here is what Mark McKinnon's reply was. 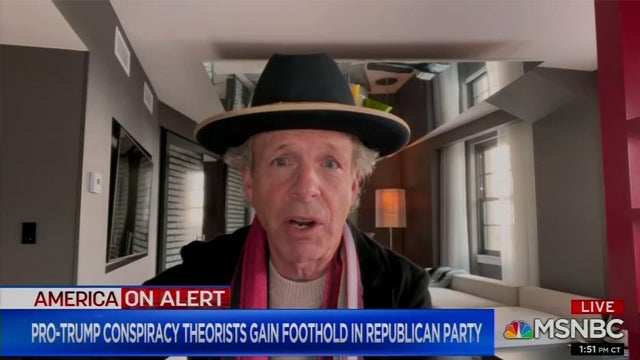 RUSH: So he's letting us in on the idea that they at the Lincoln Project and others in the Never Trumper world are already making plans and are happy to announce them on MSNBC of getting rid of the OANs, of the NewsMaxes out there, of the Fox Newses out there, and of course right wing talk radio. Now, McKinnon makes it clear that it ain't gonna be easy. It isn't gonna happen overnight. It's gonna have to take some patience out there. It's gonna require a long, sustained effort.

So I heard this sound bite today before I played it for you, and all I could think about was that dinner at Patsy's back in 2004 when I was the good guy, I think. I think I was the good guy. You know, I'm not even sure now if I ever was a good guy.

About The Rush Limbaugh Show